After seventy-three years of service, the impact to society of St. Margaret Catholic School of Lake Charles, Louisiana is immeasurable.

With vision and commitment, the school influences the attitudes of its students, and those attitudes help to shape the actions which collectively define social life for the nation. It is a coeducational parochial elementary school founded in 1949 under the direction of the Reverend George A. Bodin and the Marianites of the Holy Cross. Father Bodin, founding Pastor of St. Margaret Catholic Church, established in 1945 to serve South Lake Charles, was an able leader.

South Lake Charles steadily expanded in population; thus, the Church and school also developed rapidly.In its first year of operation, which began on September 6, 1949, St. Margaret School enrolled 154 students in Grades 1, 2, and 3 with one teacher and classroom per grade. Sister Mary Anthony was principal. The next year new grades were added, and by 1956 the school had employed a part-time music teacher, added two more classrooms, and expanded the playground. By 1959 the new convent was completed for the Marianites of Holy Cross, who had previously lived in surplus Army barracks.

The 1962 school year began with Grades K through 8 placed in expanded facilities. The site included a central library constructed under the administration of Sister Cor Maria. New construction in 1964 added a middle school building of eight classrooms and a separate administrative office. The teachers’ lounge and the school cafeteria were renovated at the time. Progress continued when the classrooms were air-conditioned under the administration of Sister Helen Fontenot. The project, completed in 1973, was financed by the St. Margaret Parish Council, the Parent Teacher Club, and individual parents. Later, federal funding supported the addition of a remedial reading laboratory and mathematics laboratory to the school’s educational program. When the 1976-1977 school year ended, there were over 500 students and a staff of three religious and 23 lay teachers.

The late seventies ushered in several changes. In 1977 school started without sisters on the faculty, and Mr. Alan Powers became the first lay principal. Father Harry Greig assumed responsibility for the religious education of the students. Then in May 1979 Ms. Noel Byrd became the first woman to serve as lay principal at the school. Yet another change was the use of the gymnasium for physical education, for the Family Center opened in 1980.

The school acquired a volunteer Director of Development to serve as liaison between the school and communities. Director of Development became a paid staff position in 1989, and in 1991 a school counselor joined the faculty list. Meanwhile, societal changes prompted the addition of an after-school care program and a new computer laboratory. Dedicated in 1995, the new library/media center is the most recent building added to the campus.

State approval, attained in 1969, has been maintained with accreditation by the Southern Association of Colleges and Schools was granted in 1991. Presently the school has approximately 280 students in Grades Pre-kindergarten  through eighth and has one to two homerooms per grade. The classes below Grade 5 are self-contained, Grade 5 is semi-departmentalized, and Grade 6, 7, and 8 are departmentalized. Besides the 20 teachers of basic subjects, students benefit from a full time librarian, art teacher, computer teacher, physical education teacher, guidance counselor and religion coordinator. Every classroom has computers and each classroom is linked to the internet.

The St. Margaret Board of Education, established in 1966, is the school’s regulatory body. Board members are the pastor, principal, and representatives from the Parish Council and the Parent Teacher Club. The Board approves the school’s budget and sets policies in accordance with policies of the Office of Catholic Schools for the Diocese of Lake Charles. Operational funds come from per capita tuition and fee assessments, contributions by the Church Council, and organized fund raisers.

On June 18, 1983, Msgr. Charles J. Dubois, the Honorable John A. Patin, and Dr. Ewell L. Stevens signed the official document St. Margaret Trust Fund. The trust was organized solely and exclusively under the provisions of Louisiana law and the Louisiana Trust Code. The trust provides supplemental funds for teacher’s salaries, school maintenance, and school scholarships. The future growth and development of the school is dependent on the well thought out plan of the “fathers” of the St. Margaret Trust Fund.

In the summer of of 2018 the Holy Face Science Building was completed. Junior High Students began learning and participating in the state of the art classroom/laboratory in August of 2018 under the instruction of Mrs. Judy Reeves. The very first Pre-Kindergarten three year old class began in August of 2018.

Our Mission: Nurturing all children and achieving academic success in the Spirit of Christ. 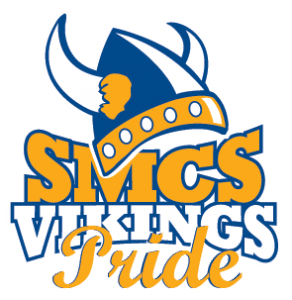